Brooklyn-based producer/songwriter/jack-of-all-musical-trades Alex Fitts, a.k.a The Kickdrums has teamed up with Dee Goodz to release the first video from their recent collaboration, The Higher EP. The “smoked out” video, as Fitts describes it, was presented by LES streetwear tastemakers Rocksmith NYC and was directed by Purple Films.

The video was able to capture the same ethereal, spaced-out vibe as the track, once again showcasing The Kickdrums commitment to maintaining coherency in every aspect of their releases. 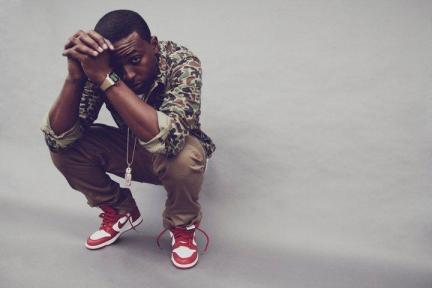 The Higher EP captured the continued maturity of Fitts as both a producer and a vocalist. With each successive release, The Kickdrums have been able to grow leaps and bounds as a production force. The Higher EP, thanks to inspiration from Dee Goodz with whom Alex had tremendous chemistry in the studio, drives more than earlier production efforts from Fitts. The EP shows Alex’s ability to balance hip hop beats and the sort of otherworldly synths and guitars usually reserved for the most revered indie rock artists. When the production is combined with Dee Goodz next level delivery, the result is a release that feels as though it foreshadows the next step in the progression of hip hop.

Check out the eclectic visual below.