Please tune in at 7pm EST/6pm CST! Check your local cable provider for listings in your city!

Also, make sure to keep up with Needo Stakkz on social media- 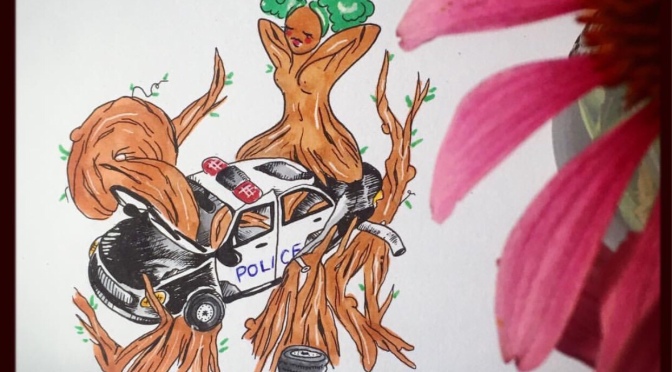 In a dimmed room Eve rose from the front row with her poems in hand then began speaking. Her words bore life to worlds I never seen but through her knew, she shared who she was that was hidden beyond view of who stood before us of her childhood scars to her travels; then she read I don’t want my baby to be a hashtag. Her voice spoke the fear that I had never said aloud, the  joy and pain I have as I watch my son grow was hers too and the sobering knowledge of what this country can do. As her pace speed up saying what I had known to be true, tears swelled and wetted my cheeks by the way she had captured a black mother’s pain so beautifully. That was the first time I watched her perform a set, and the first set that I had seen in my adult life that had hit me so hard to inspire me to action. At nine months pregnant with a four year old and trump presidency on the horizon, I hungered even more to be the change I wanted to see, if not for myself for my family. Now as I reflect back on my origins to organizing I realize how important radical art was to becoming a part of this movement.

Art is one of the main uses of propaganda- in film, television, visual arts, music, theater and literature because of its undeniable power. When we interact with it, listen to, see it, we resonate with art on a level of shared experiences within the audience and artists.  Which is The purpose of art: to incite emotions- whether they are true or not doesn’t matter as long as the intended audience got the message and felt that shit.

Back when black folks first were “freed” from slavery, films like ‘Birth of a Nation’ were created to affirm the fear white Americans had towards black Americans and that in order to preserve the sanctity of white people that there was a need for the KKK. Moving forward Jim Crow the popular character of a minstrel show, a musical show of the 1830’s that featured white entertainers in blackface, became the slang term for the racist laws that kept the caste system functioning despite the end of slavery.

In the midst of this prominent misuse of art was the rise of black entertainers that portrayed their truth and reality in this country in what is now known as The Harlem Renaissance. Artists like Zora Neele Hurston reclaimed African American Language in their literature as a radical act of personifying black folks for generations to follow. Fast forward to the civil rights era Nina Simone, James Baldwin and Maya Angelou were popular artists that stand out for being vocal about their distrust of this country as black folks and their desire to be free through their art.

To now- Beyoncé shutting down the 2016 Super Bowl performance of Formation in Black Panther inspired regalia then later released visual album that incorporated the work of past and current black artists. Kendrick Lamar that same year used his Grammy performance to showcase that slavery never ended, but shape-shifted into the current prison system.

Their big names drew more attention to the calls of action of Black Live Matter/ Movement for Black Lives than the media had intended to cover. Black artists of the past and currently living understand the responsibility that their talent provides relief to their audience and is a preservation of their time period- the beliefs of that era, the shared feels and experiences with it. 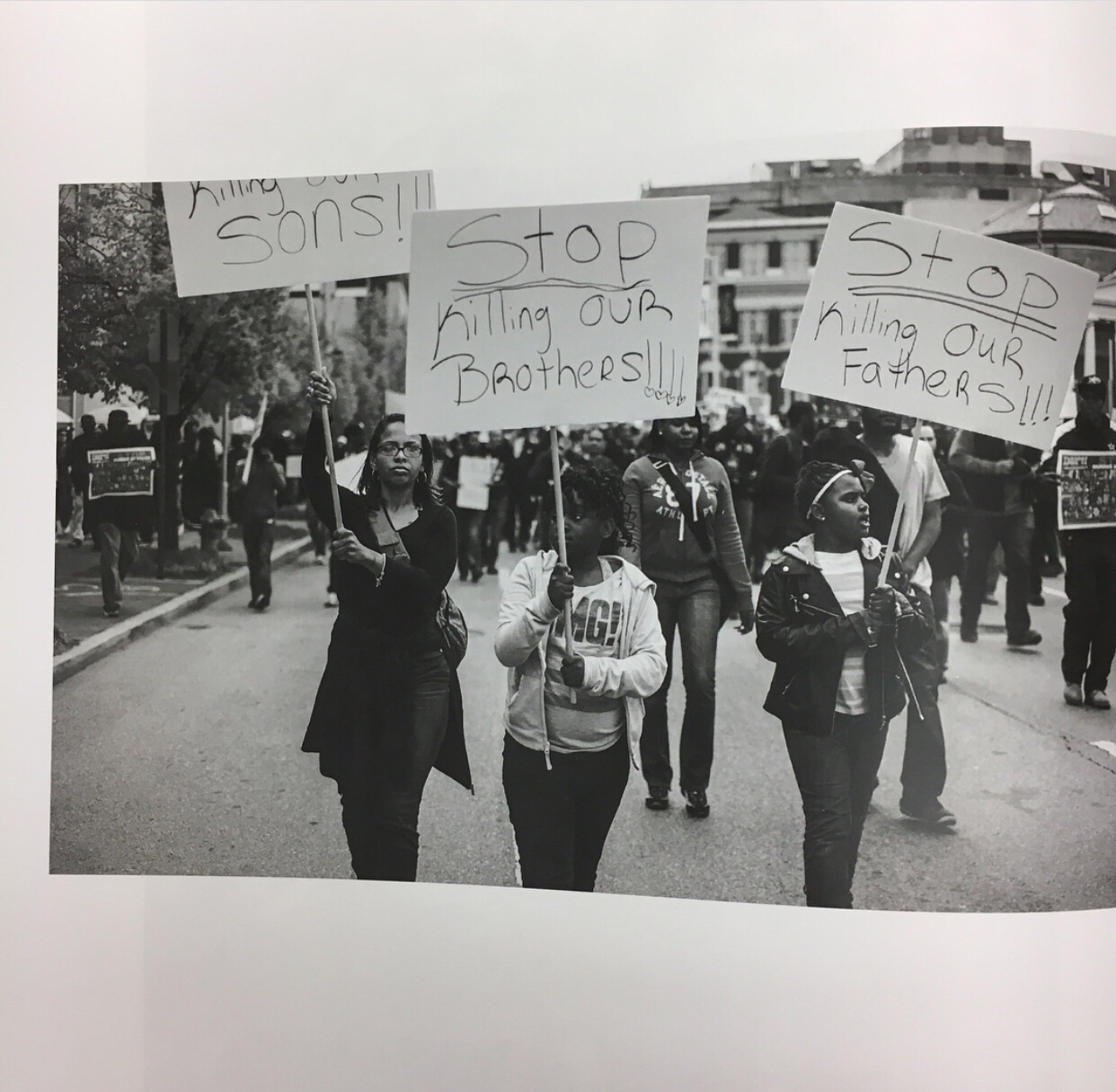 To all my artists’ friends You Matter. Your work Matters. History will thank you for your contributions.

To honor y’all I will be starting an appreciation series dedicated to the talented black and brown artists that are killing shit and those who are working in the movement!

Venzella Joy takes her rightful place on stage as she joins the cast and crew of Pitch Perfect 3! The Buffalo native is already well-known as the drummer for Beyoncé, but now she’s expanding her talents to the movie screens as well! There’s a lot of buzz surrounding what PP3 is about, but either way fans are excited to see Venzella shine in every way possible. Break a leg Ms. Joy! (Or don’t…? That saying is tricky…)

Follow Venzella on IG to keep up with her progress and future projects! Wish her luck and check out this article for insight on PP3! 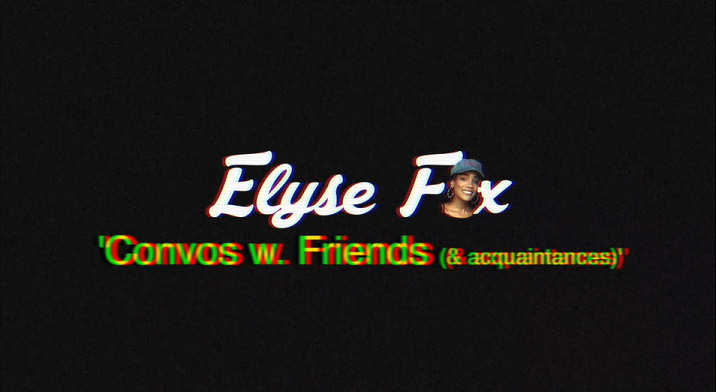 Nowadays it seems more and more people are discovering they suffer from depression. Though it may seem common, it doesn’t make the condition any easier to deal with and power through. Creatives, innovators and visionaries always seem to be victims of depression, and most use the void as a means of inspiration. This is precisely what Elyse Fox has done in her short film entitled ‘Convos with Friends’. In the film, Fox shows how friendship, music, and travel aide her in fighting her demons so she can continue to bring necessary art to her viewers.

You can watch the short film below.

Conversations with Friends. from Elyse Fox on Vimeo.

And read a few words from the creator herself below:

“New year, cooler tings! Thank you all for viewing/sharing #ConvosWithFriends. We’re so excited about the conversation the film has ignited. With the release of the film many amazing women have been reaching out for advice/answers regarding life, womanhood, depression (etc) We want to create a place where we can discuss freely and anonymously. PBG presents ‘Sad Girls Club’ email sgc@producedbygirls.com to chat with us XO<3″ 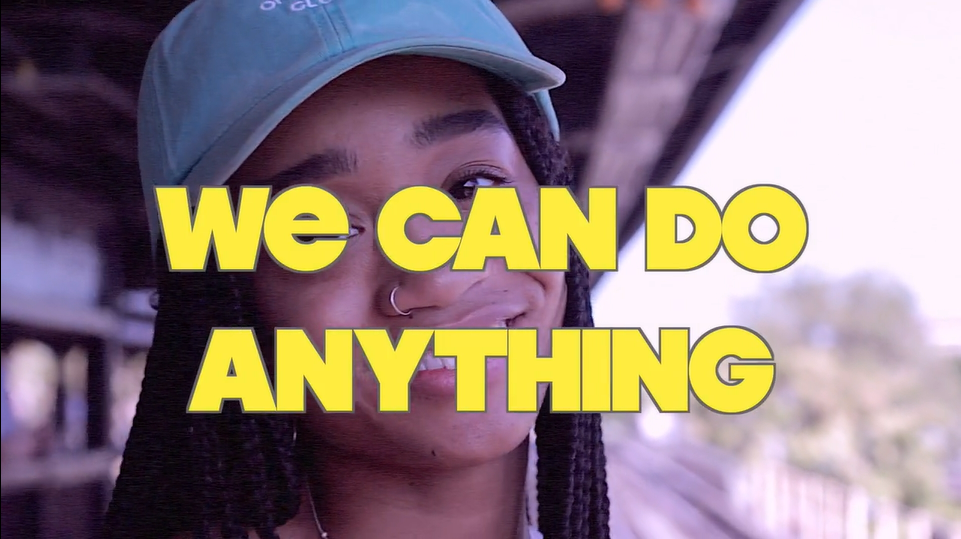 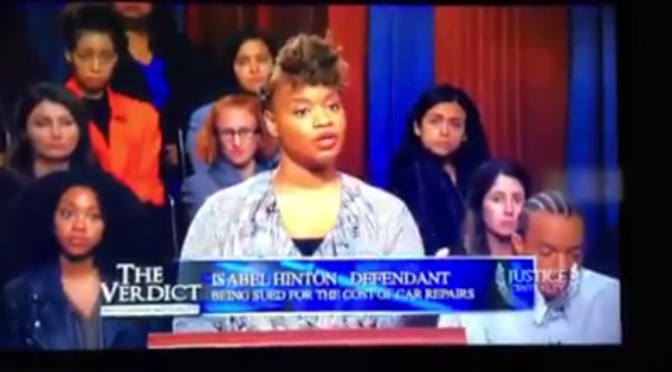 The most anticipated television debut of 2016 features Boss Lady Rhonda Lowe, aka BuffaLowe aka Rhonda Jane on a Fall Episode of The Verdict: Judge Hatchett for Entertainment Studios.  Here Lowe plays the Defendant, Isabel Hinton, protecting her neck against a spiteful ex, played by Mike French, who took out a payday loan to fix her car that he ruined.  For those who do not know Rhonda personally, please understand that this was a show and everything is FAKE! Enjoy!

Watch it EXCLUSIVELY here on FlagrantCity.com!

Special thanks to my neighbor Marla Richardson Yogtiba for recording the show for me!!! 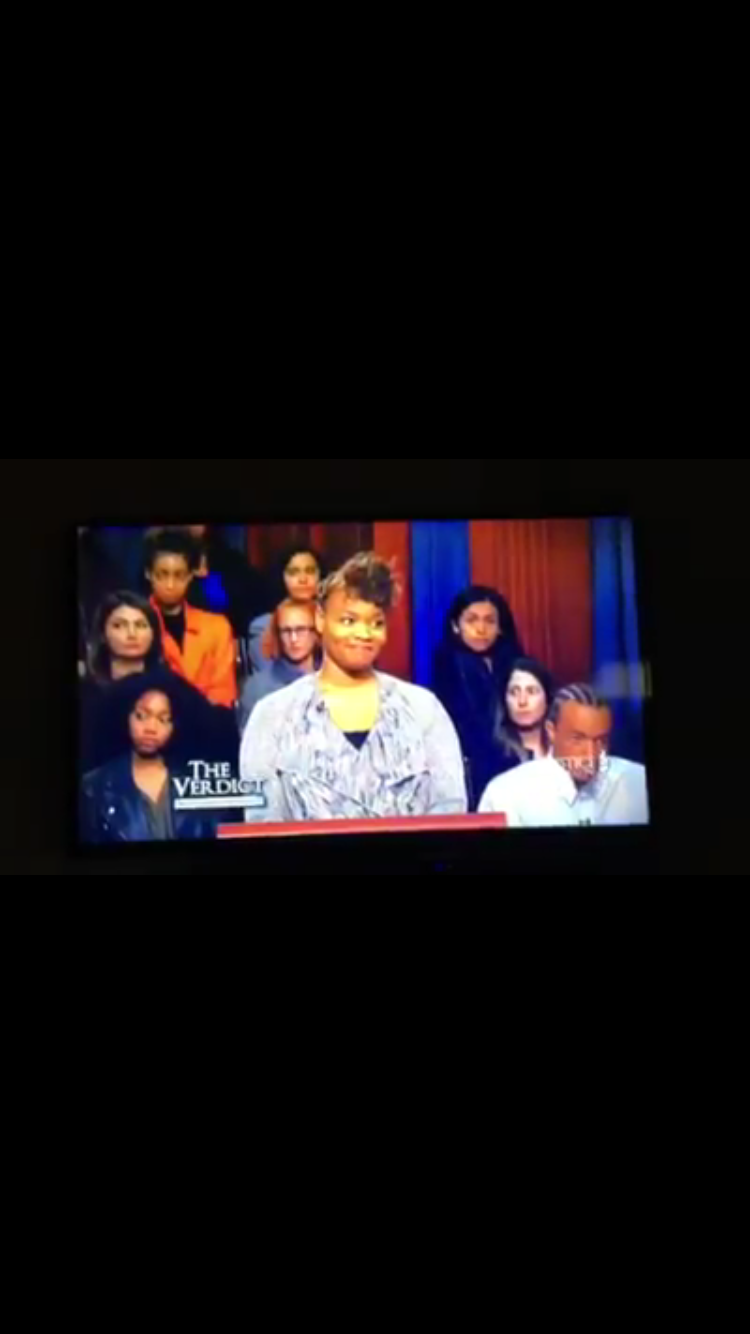 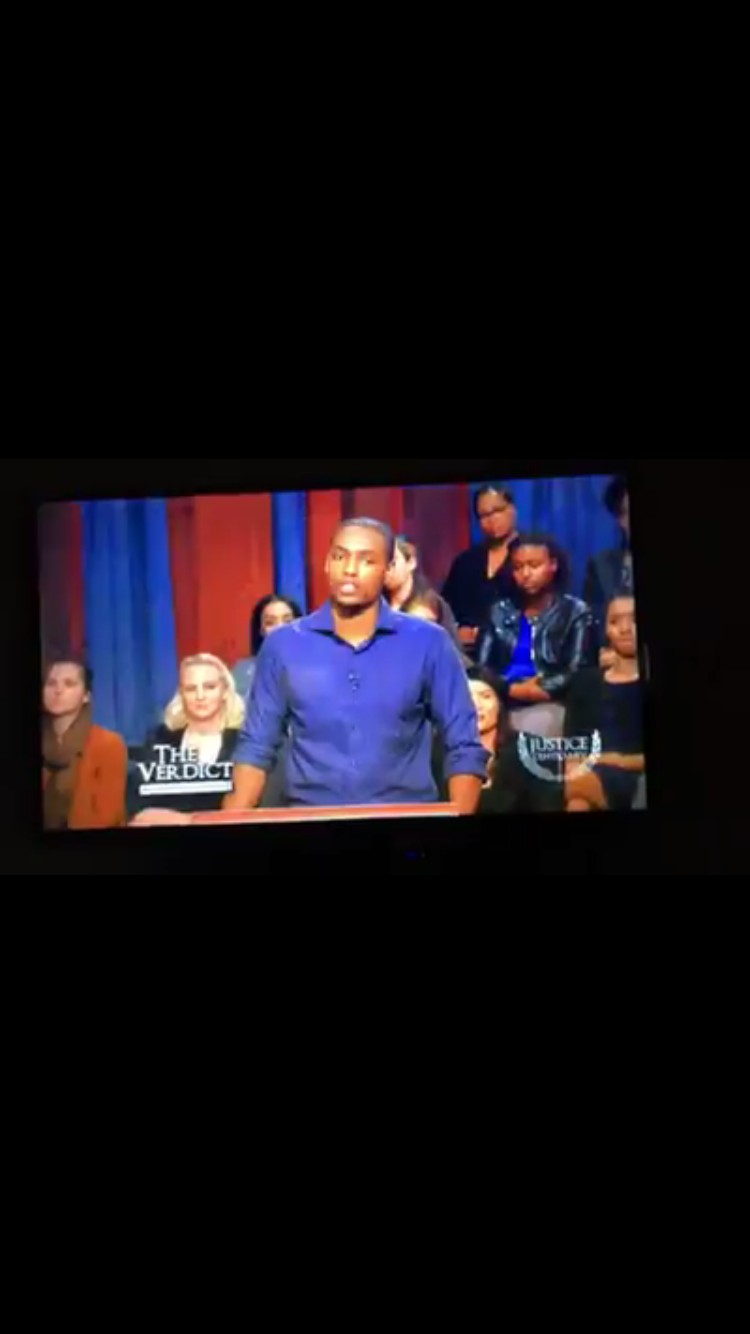 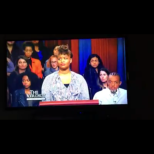 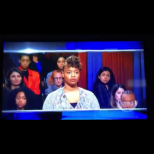 Why Black Dynamite? Why? 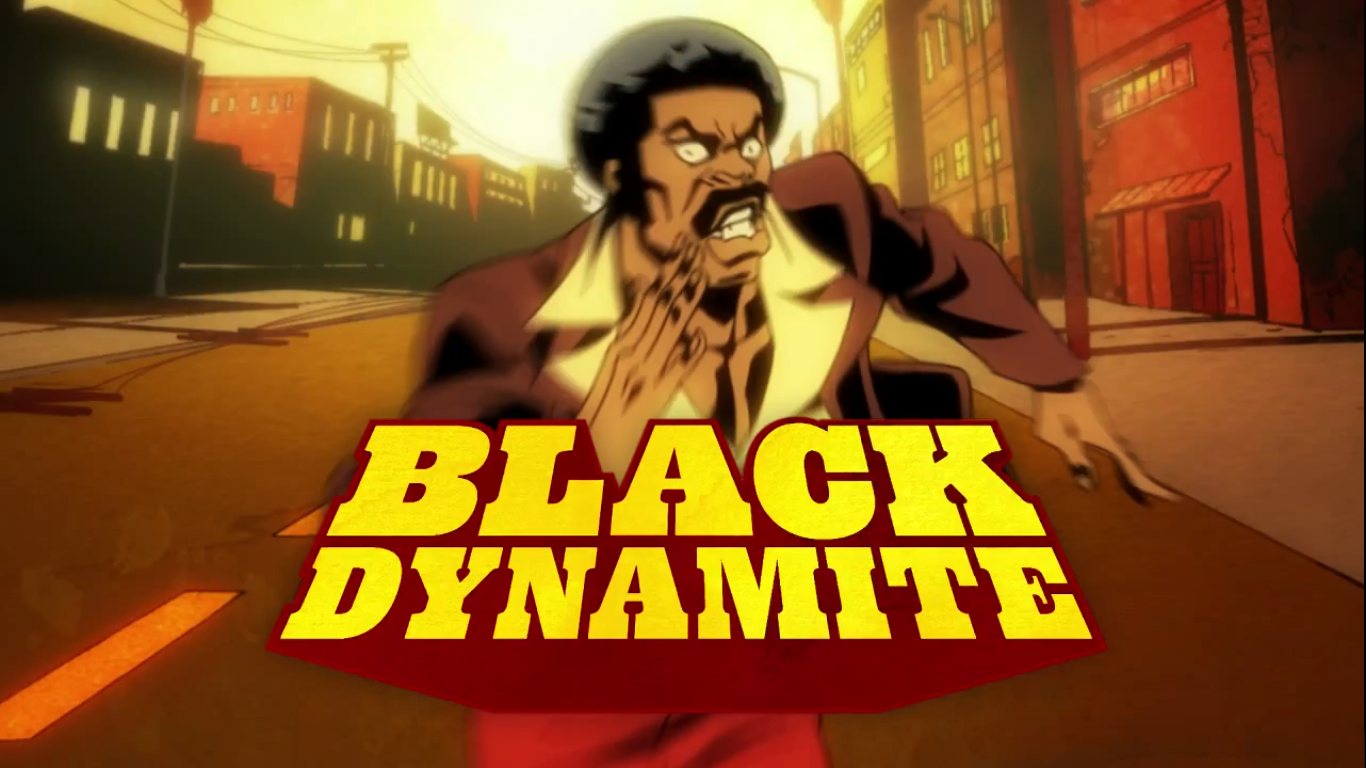 If you’re a ratchet Blaxploitation fan like myself and my team of negroes, you’ll be interested in knowing that Black Dynamite will be converted into an animated series based on the film, and is slated to premiere July 15th. Peep the trailer below.

Michael Jai White retains his role as the lead character “Black Dynamite” in addition to a few in the original film; including Tommy Davidson as Cream Corn and Kym Whitley as Honey Bee, as well as the versatile Clifton Powell as “Black Dynamite’s Daddy.”

Definitely looking forward to this series, and I don’t even currently own a television right now. Gonna have to do some’n bout dat. Anaconda Malt Liquor gives you “wooooooooooooooooooooo, Lil Richard.”