Hailed as one of the most talented and versatile Hip-Hop artists in today’s rap game, Buffalo- born and Brooklyn-raised rap juggernaut Deuce Ellis is thrilled to release his brand new music video, “Color The Walls” (produced by Lo Double T). The video was shot in Brooklyn, NY, directed by filmmaker A.M. Fine. 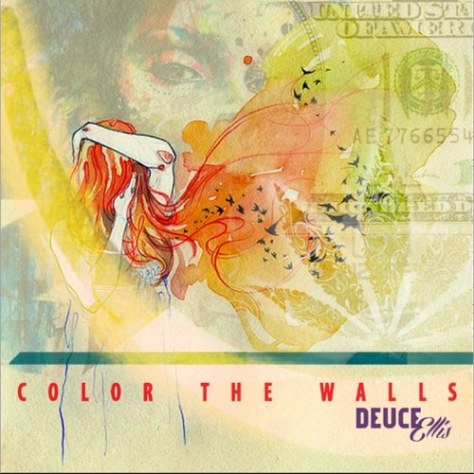 “My single ‘Color The Walls’ is a tribute and homage to Hip-Hop, Punk, Rock, and Graffiti — they all emerged from the same time and place and from the same angst,” Deuce Ellis explained.

“Color The Walls” is featured on Deuce’s highly anticipated and media praised forthcoming release, “Spread”, which will be available on June 25, 2013. The project’s lead single, “Stocky”, received major feedback throughout the East Coast and “Color The Walls” is sure to follow in the same lane.

Check out the video below

Deuce Ellis is no newbie to the Hip-Hop circuit and a well-known underground rapper in New York since years, who perfected his craft to a level rarely reached by others. Offering something for everyone and every mood, this rapper got the complete package mixed with an unmatched innovative style that infects the streets of New York and the whole East Coast.

Listing Hip-Hop legends like Notorious B.I.G. and Nas and Rock/Pop group Panic! At the Disco as his musical influences, showcases Deuce’s wide taste in music represented in his own music.

After touring with Aloe Blacc, known from his worldwide chart-topping smash hit “I Need A Dollar”, Das EFX, Mac Miller and Rakim, makes the Brooklyn rapper a much sought after entertainer in the United Staes, Canada, and Europe. Known for his electrifying stage performance, Deuce Ellis is a highly sought after performer, who rocks every stages he touches!

To learn more about Deuce Ellis, visit his website at www.DeuceEllis.com

PREVIOUS: LOWESO SAYS: VOTE FOR @DEUCEELLIS IN @AFROPUNK’S BATTLE OF THE BANDS 2013! [SHOWCASE]

Paper Girl but make it fashion 🗞💰💸 @cointel
Posted. @cointel
💰 🛀 🚿 💸 @themuseumofselfies @dopemomcollective
🎂💙🥰
This time last year my beautiful son, Logan Nesta, made his debut Earthside at 10:46am PST. All weekend I’ve been reflecting on how much my life has changed since he’s entered it. One word to sum up my overall feelings, is gratitude. ❤️ Thank you for catapulting me into motherhood fearlessly. @dopemomcollective 📸: @alanadetolarts___photography Happy 1st Birthday to the best thing that’s ever happened to me, Logan Nesta Chan, I vow to never miss a birthday - you are my highest priority, nothing, no one or no place comes before YOU 🎈
👁
🌷 @poetwastaken #ShotByBuffaLowe #Hollywood #LA #SeeingPink #StreetArt #PoetWasTaken
Mr. Robert Nesta Marley 💚💛❤️ #shotbybuffalowe #BobMarley #marleynatural #streetart #mural #losangeles
Witches’ Brew. 🌿 Herbalists’ Tea. 🍵 Miss this house. Just for the esthetics and plants 🌱
👽
Black Magick 🌙🌚🌝🌙
TKO 🍷🍺 @ximixbrewing @sourandipa Final birthday round took the birthday boy down 🎉 🥳😂🍻 @chan_420 😘 IPA Papi