My name is Phylicia and I am an educator in Buffalo, NY.

I work, well live, at the intersection of education and Justice, teaching anti-bias content and practices to young children and teachers. So, if you love education, justice, Black babies, or some combination of the three, you can expect to see much more of this type of content on the Flagrant City platform!

Why me?
I hold a Master’s of Science in Curriculum and Instruction, a Bachelor’s of Arts in Early Childhood and Childhood Education, and teaching certifications in Early Childhood Ed, Childhood Ed, and Students with Disabilities. I have been in education since 2011 – working in a variety of settings and with children in many different age-groups. I also served as a full-time educational advocate in five different school districts, and am currently a Director of Curriculum and Instruction. I’m also a nerd. 🤓 I am typically engaged in some form of research and I love love love a good conference.

While, I have all my receipts, I do not claim to know everything about education. The goal here is to build community with y’all (oh yea, I’m a code-mesher not a code-switcher). Comments are always welcome! Also follow me on social media – IG: loveisphe_nomenal twitter: missphe_nomenal.

I have been blessed to be able to document and share with y’all my journey of finding and intetgating Pleasure in my life – Especially as we are living in a moment in time where black womxn are defining our own expression of sexuality and dictation of autonomy. For me, Reclaiming my erotic sensual self has been essential in my pursuit for liberation. I understand now, more than ever, that many of my life’s experiences with sex, sexuality and gender are directly linked to the oppression I, as a black womxn feel- and know that this isn’t limited to just Me.

For the generations before me, categories for black womxn sex workers and queer folx were crafted in such a way that they carried the brunt of our people’s trauma and abuse. Abuse from white people who hated them because of the color of their skin. Abuse from the black community who hated them because of their queerness and the hatred of both groups for them being women.

Since before my conception, my genders’ expression of sexuality had long been demonized in such a way that when I began to explore those parts of myself in adolence, I became apart of a bastardized group of people in my society: Ones degraded with names such as “fast“, “slut“, “whore“, “hoe“, and “thot“. Ones who can quickly and quietly be disposed of when sex becomes more than an “immorality”, to out right violence (from those who hold measurable power due to white superimist patriarchy) on our bodies.

It’s important to know that when society mastered how to reduce myself and my black femme/ womxn to sexual objects with no agency is when all unjust power dynamics were born. And while learning how to live between the thrawls of being fuckable or not, there is never in a black girl’s childhood, adolence, or budding womxnhood told that sex can be pleasurable for us. That sex can be healing for us. That sex can be integrated in our magic.

Due to that ignorance, some sister womxn go considerable lengths to distance themselves from eroticism, to avoid being outcasted with the other sexual deviants. That fear of embracing one’s sexuality and gender influences them to deaden parts of their bodies and kill off the sacred parts of their souls, in hope that, in this dilapidated state they will attract love and protection from Men. Men who, ironically in the covers of darkness, secretly seek out the womxn called “whore”, the man called “queer” , and the person who’s gender can’t be named in binary terms.

It’s these sister womxn (who have been nicknamed “pickme’s”) when finds out of these other love affairs, becomes aware that deadening herself did not bring what patriarchy promised her- she did not get the abundance of joy, wealth and family or a great man, but a poorly orchestrated facade in addition to her lived experiences from state sanction oppression.

When you support known abusers, when you stay silent when you know abuse is happening, or go as far as finding fault in the survivor’s of Abuse- you are a part of the problem.

Being a womxn or femme doesn’t mean we all must have the same relationship to sex, sexuality or gender in order to gain our collective liberation. In fact all of these exist not in binary terms, but on a spectrum that grants us freedom to live comfortably wherever we fall in relation to each other.We do however, have to have the same understanding and acceptance to join ourselves in the united efforts to dismantle systems that are in place to oppress us. So that when the dust settles, we may be able to determine our own systems of power and justice for the protection of generations of young black girls and womxn to take and follow when we are long gone. 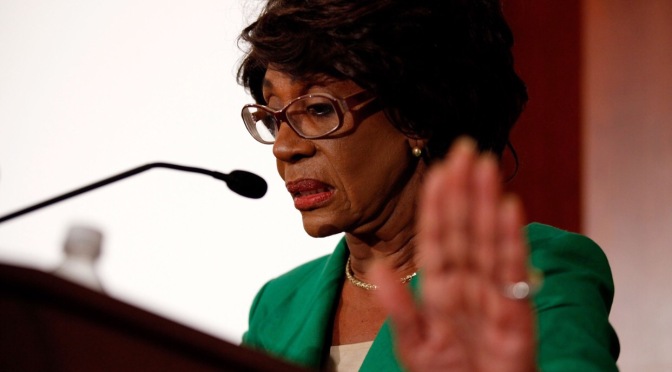 I’m sitting with and processing emotions from interactions I’ve had over the past week. This has been forcing me to acknowledge my social conditioning : how I default in handling situations and the result that has on myself.

I was raised heavily in Assimilation Culture and by Respectability Politics: that if I did mind my manners, speak properly, tamed my hair- then white people would not be an issue, and if they were, to avoid Any confrontation. I’ve never witnessed my parents prioritizing their Blackness over whiteness. Without noticing, I began doing the same as I’ve gotten older- that is until recently.

In the past year I’ve been spending more time in Black and Brown only spaces, spaces that center Blackness and organizing with People of Color collectives. In these spaces I’ve realized my conditioning and how it stems from systematic self preservation tactics pasted on generationally. Returning to work in a predominately white space has triggered how I see myself, my Blackness in reference to how I handle whiteness.

I didn’t realize the problem I had with prioritizing whiteness until fellow organizer and friend brought it to my attention in the wake of Charlottesville both in a conversation we had on it and later in an important piece on this topic.*

I was telling her how I was avoiding going to places because I didn’t want to talk with white people about what had recently happened. She shifted the conversation and my view from avoidance to standing in myself and simultaneously refusing to talk about matters that made me uncomfortable.

Friday I remembered her words after enduring a rant at work from a white man on Charlottesville, how it was staged, the manufacturing of a race war and how now isn’t the time to worry about race. Despite my attempts to end the conversation it didn’t stop until my boss intervened. I felt at the end of it exhausted from listening to him, exhausted from his entitlement to my time, and his ignorance of his privilege that has resulted in so much violence.

As a Black American womxn, I felt insulted and triggered by his reduction of over 400 years of oppression and violence to singular moments of eruption of race relations when white supremacy feels threatened by our fight for liberation.

I noticed in this moment how it felt to let my identity come second in an interaction that:
1. Did not need to be had,

2. Would not reflect negatively on my job performance, had I centered myself

3. Would be more loving/ honoring to myself to center my identity.

White people have created and we’re raised in a society that has always put their ideas first, gave themselves room to be expressive without judgment which in turn resulted in them believing that they can encounter any interaction in that way. Where as Black and Brown people were not, we have always made space for whiteness.

Now, however is optimal time to enact Auntie Maxine Waters words and Reclaim Our Time.

I urge all my Black, Brown and all intersecting identities to stop, give yourself space and reclaim your time in the face of whiteness- supremacy and toxic masculinity.
Stop yourself in interactions ask ‘ am I prioritizing self or whiteness?’ – if the latter, reclaim that time.

To futher quote her words in the Just Resisting post “Are we actively in this moment, joining and working to build a world we want to live in? A world that centers us? Are we engaging in the work that prepares us for what we’re so obviously up against?”

End that respectability/ assimilation mindset and reclaim your unapologetic Blackness : in your interactions, in demanding our rights, justice and the continued fight for liberation.
I’m still working on this – from my organizing to my own personal experiences and my hope is for you to do the same.

*Please read the rest of Just Resisting’s Post and if in the Buffalo area be sure to check out JR’s Political Education Kickoff!on the 21st!