It’s been a while since our partners over at JENESIS Magazine have released an issue. Today they’re here to bring you a quick Summer Issue with a great up and coming act for their digital cover feature, Iamsu!. This issue features the King of Urban Hip-Hop journalism, Elliott Wilson. Along for the ride are features: Mibbs (of Pac Div), Phreshy Duzit, Chuuwee, Rome Fortune, Producer Childish Major (U.O.E.N.O), Photographer Cam Kirk, and Life Support (Hangover Relief Supplement). 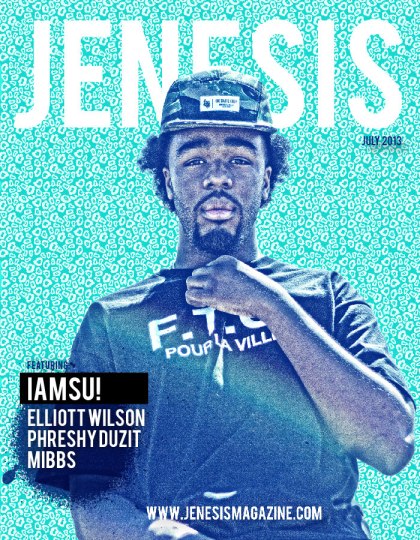 Also, The New York Giant whipped up a 31 minute mix of some previous released Iamsu! music for you to listen to while you read the issue. Stream here: ahttps://soundcloud.com/jenesis_mag/jenesis-magazine-the-new-york

You can view the issue in full here: http://www.jenesismagazine.com/jenesis-july-2013-issue-featuring-iamsu.html