Beau Fleuve was held at the Buffalo Riverworks, a new and unique venue for an festival that was quiet the same.Upon entrance to the venue, there was a restaurant and bar with a large open space that would be used as an Exhibit Room featuring art exhibits, fashion art, speaker series and vendors.

Along the back wall there was an entry way down to an arena that offered space to two main stages ,the river stage, more vendors and a stair case that lead to the silent disco located on a stage above the middle of the two main stages. 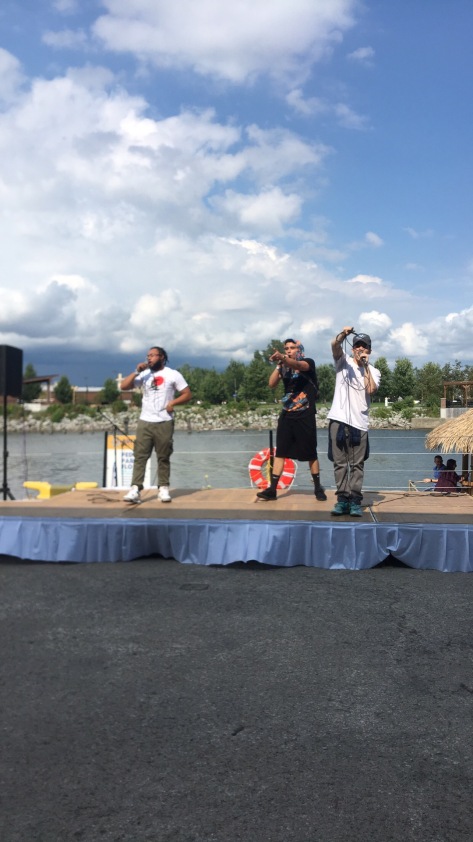 On these three stages every art form imaginable was on display: all genres of music from country,Hip Hop, R&B, Neo Soul, Jazz, Indie and more, dance, spoken word, and live performances by painters & barbers.

Amidst all this talent performers often found themselves competing with each other for space to be heard by their audiences. The amount of talent showcased at this event was astonishing and at time confusing.

From the festival goers I had the pleasure of speaking with they all wished there was an event program given upon entry detailing the time/location of each performance to ensure they didn’t miss certain sets, but were also optimistic that by next year’s festival these minors kinks would be worked out.

Some of the highlights of the night were the Neo -Soul performances from Drea D’Nor and Lindsay Niccs that drew some of the largest crowds. We Stole the Show and The Pit Dance Crew raised the energy of the crowd as they interacted with festival goers within their sets. But above all, it can be agreed upon that the Silent disco was a definite favorite.

Upon arrival to the silent disco stage each person is given special headphones that can switch from the three different dj’s mixing on the stage in front of them, these headphones would light up the color of whatever station they were currently listening to. The liveliest time of this was during Truey V’s set where crowds swarmed in circles dancing out to current and classic popular music as well as tunes from Buffalo’s own underground scene. 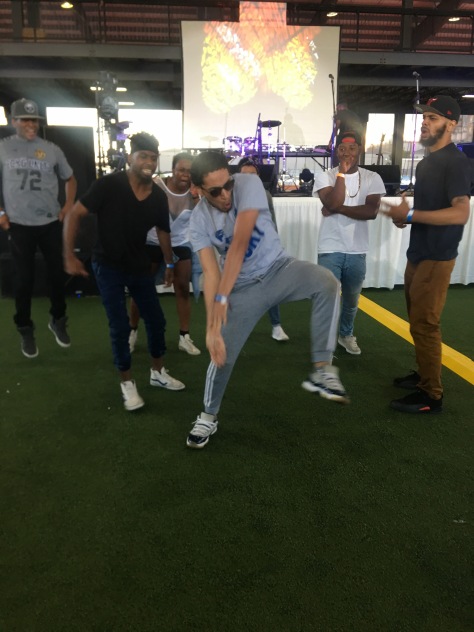 The multitalented set performed by the students from Buffalo Center of Arts and Technology was both beautiful and refreshing to see the amount of talent these youth possessed, what they were capable of when given creative freedom and a platform to showcase it. The indoor restaurant offered a delicious twist to the traditional Buffalo Chicken Wings with their Duck Wings rendition, which is meatier than their fellow feathered friends but with all the great flavors of a buffalo wing !

Festival goers were all in high spirits and friendly creating a welcoming family friendly environment. There was a strong sense of community among the artist that were mostly all Buffalo natives, their support of each other’s crafts extended beyond their performances, but also to their growth and accomplishments.

I can go on about the wonderful experience I had at this Festival, it was truly a unique celebration. A celebration of a new Buffalo were artists are given not just space to showcase their craft and perform but a community that fully supports them.

I look forward to attending next year’s festival and hopefully seeing the work of many other artists from the Buffalo & Western New York area.

Finally, it’s here, the “Arrested” video by We Stole the Show!   We originally premiered this charged up track earlier this year back in April on FlagrantCity.com.  Now the gents of WSTS, Rhys and Grand Phee is rounding out 2016 with the accompanying visual for the powerful track.

We Stole the Show says thanks to all the artists that came out and made time to be apart of the video and to everyone who came to see the premiere at Dreamland last Sunday in Buffalo.  In the words of Rhyson Hall, “This is a fun song and a real song, and another reason to continue to build community with each other. Love ya’ll, peace.”

RELATED: WE STOLE THE SHOW – I THINK I’M GONNA GET ARRESTED [SINGLE]

PREVIOUS:  RHYSON HALL – IF THEY GUNNED ME DOWN [VIDEO]

This song is part of the soundtrack for a short documentary Rhyson Hall, aka the Source Academy Kid, of We Stole The Show made.  Rhys says “I saw 200+ protesters surround the police in Cleveland, OH and make them de-arrest a teen who was unlawfully detained.”

This single is from a recent EP release from March 25th, entitled The Green Book. 📗

You can find this album on Bandcamp! 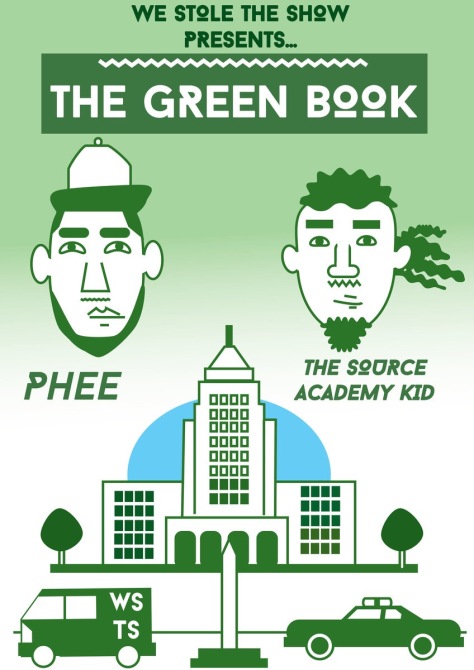 Peep the documentary and stream the song “I Think I’m Gonna Get Arrested” below!

RELATED:  We Stole The Show – Shut Up and Dance [VIDEO] 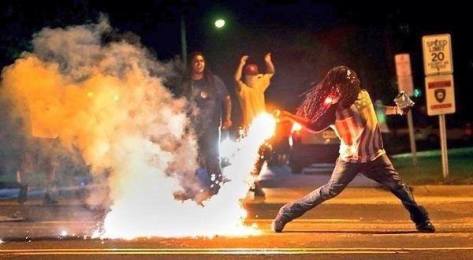 Rhyson Hall of We Stole The Show gives us an inspirational track amidst the tragedies unfolding in Ferguson, MO and across the United States where police officers are killing unarmed, men and women, primarily black.

The revolution will not be televised, be alert, stay in the know.

2nd visual from the Mick Boogie Presents: We Stole The Show mixtape, entitled “Firehouse” where the tandum gives a personal look into their daily routines, involving, fire, at the house…

PREVIOUS: WE STOLE THE SHOW – SHUT UP AND DANCE [VIDEO]

Listening as I post, so a mini-review will be updated shortly. Rhys of WSTS put me on to these guys earlier this year, and the video I checked out was a win in my book. Glad to get a hold of the mixtape. Download links below.

New gem from my favorite Buffalo tandem, We Stole The Show, comprised of black nerd, Rhyson Hall & funny man, Grand Phee, entitled “Turn It Up” with production by Alex B.   This track is off of We Stole the Throne, the latest project from the gents since the release of their self-titled debut We Stole The Show in April 2010,  which is set for release July 16th.

Video was directed by Kalae All Day herself, footage was shot by Milly and edited by the immaculately talented Robert Dume.

To get the FREE mixtape, go —> HERE.
For more of Kalae’s music, go to iTunes or www.kalaeallday.com.

These two fine fellas are hosting a 4/20 kick-back in fine fashion this FRIEDAY at Legion Bar in NYC.

Perks for the 4/20 festivities includes: THC Drink specials, a smoke friendly Patio &  a $5 holla at the door

Footage from WSTS at Tammany

omfggggggg I can’t breathe. too much hilarious shit in this video. the chick on the right looking at Phee like nigga what. Black dude with the striped shirt goes innnn with the call & response. and Rhys jumpin around like House of Pain.